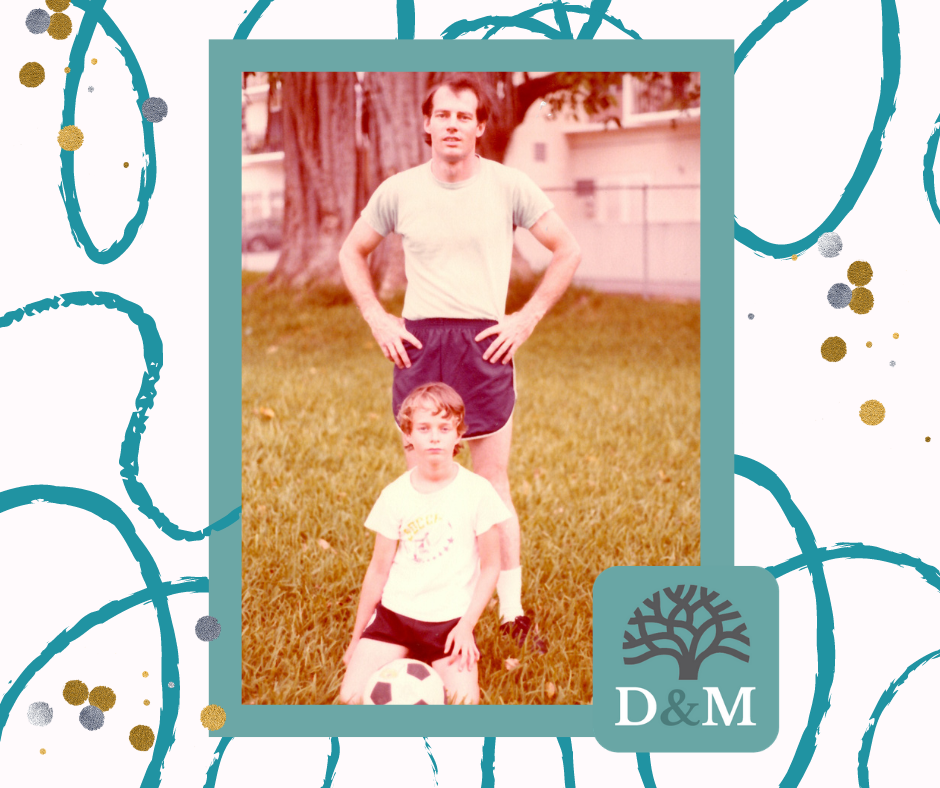 In honor of National Adoption Awareness Month, Interim Executive Director,  Michael Miller agreed to share his adoption story with us. Michael was adopted by his step-father when he was a child and was kind enough to recount that experience for us.

Tell us a little about your childhood, how did you end up with a stepfather, who were the members of your immediate family, where did you grow up?

I was around 3 when my mother and biological father divorced.  Shortly thereafter, my mother met my stepfather and began to date.  They ended up getting married about a year or so after this.

How old were you when your step-father adopted you? Did you have other siblings/step-siblings that were also adopted?

I believe I was around 6 when the adoption was finalized.  I remember my mother and him talking to me about him wanting to adopt me and if I wanted that.    I agreed to being adopted as I felt he was my father.  I remember the day it was finalized and him and my mother coming out of court and giving me a big hug and kiss.  I remember feeling very proud and loved.  I was an only child until 10 when my half-sister was born.

How long was your step-father a part of the family before the adoption?  Around 3 years.

What are your favorite memories of that time? What do you recall about the adoption?

I remember that I had gotten into soccer and me and my “father” would go on the weekends and practice.  Often times, we would end up joining pick-up games and it was fun for me as I got to typically  play with the adults.  As a result, I got pretty good at soccer and ended up playing in college.  In addition, we also enjoyed fishing together and I remember just enjoying relaxing and waiting to catch the next big one.  Though he worked a lot (he was a construction worker), he made time for me which I truly appreciate.  Periodically, he would take me to construction sites and I would get to help out some which I thought was cool.  Eventually, as a teenager and young adult, I would work with him on weekends and when I was home from college.  Working with him taught me a strong work ethic and respect for him as construction work was hard.  He was primarily a framer and drywall hanger.  From this though, I learned quite a bit and can do many things around the house because of this experience.

How did the adoption change things for you? For your step-dad?

In reality, I can say it didn’t change things for me as he treated me like his son from the very beginning.  I guess it is nice that it is legal so to speak but I never felt like there was a change in how he treated me before and after the adoption.  I think for him, he felt honored that I wanted him to adopt me.

How did your family acknowledge the adoption when it occurred? Did you celebrate it annually?

I believe we went out to eat right after the court finalization to celebrate.  We didn’t celebrate it annually, I think in part because though it was an important thing, we are family with or without the adoption.

How did your relationship with your bio family change as a result of the adoption?

I actually lost contact with my biological father from before the adoption until I was about 25.  So over 20 years went by before we reconnected which was due to my half-sister on my biological father’s side whom was getting married reached out to me.  From this and over the years, we have reconnected our relationship which has been a wonderful thing for my children as they have three sets of grandparents to spoil them.

Did your extended adoptive family welcome you to the family?

My stepfather’s grandparents and relatives lived in Texas while we lived in Florida but I do remember we would travel to Texas periodically and stay with various relatives and they always made me feel welcome and part of the family.

As an aside,  I also had the wonderful experience of going through a tornado when we were visiting Texas.  I remember the sky going dark, hearing a rushing sound of wind and us taking shelter.  After I walked around the neighborhood to see downed trees and luckily no houses were significantly damaged but of course being young I thought it was awesome.  I have also been through two hurricanes when living in Florida and of course here in California though numerous Earthquakes.

Is there anything you want your father to know that you haven't shared with him about the adoption? And/or have you ever discussed it as an adult with him?

Though no parent is perfect (including myself), I  truly respect, appreciate, and love him for all that he had done and still does for me.   A Mark Twain quote comes to mind,  “When I was a boy of fourteen, my father was so ignorant I could hardly stand to have the old man  around.  But when I got to be twenty-one, I was astonished at how much the old man had learned in seven years”.

What would you like others to know about stepparent adoptions?

In some situations, like mine, adoption is a wonderful option and in others it might not be.  Stepfamilies are a complicated system but the important things to remember are open communication, patience, and love.