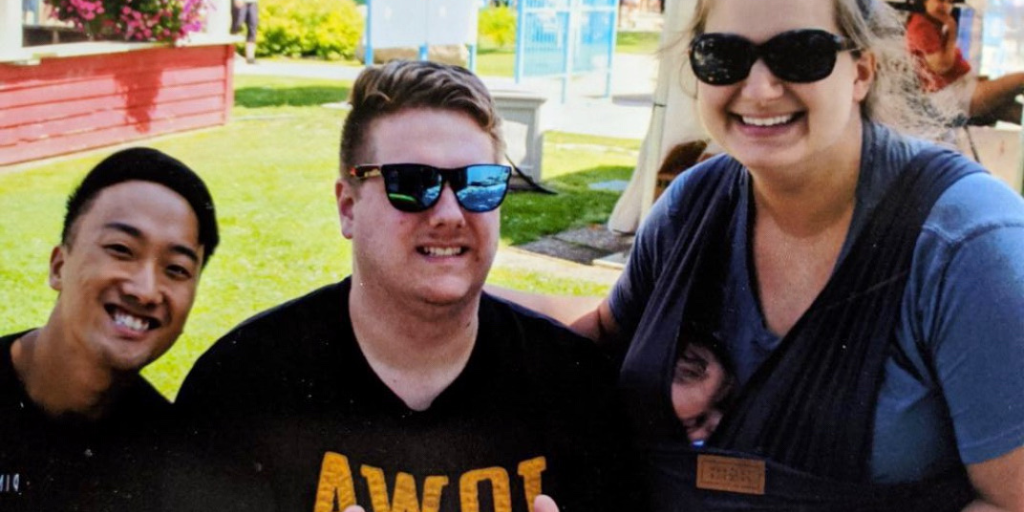 Seth Zomermaand grew up under the most normal, and at the same time some of the most unusual, circumstances. The Azusa Pacific University senior, who is interning at David & Margaret while finishing his bachelor’s in social work with a minor in theology, has spent his whole life in Sioux Center, Iowa. Except for the first few months, that is.

“I was born in Ulsan City, South Korea and adopted at the age of seven months,” Seth says, “and I’ve lived my whole life in Iowa. I was adopted by a Caucasian couple and have two siblings who were also adopted, but are Caucasian. There’s a lack of diversity in Iowa; I was the only Korean kid and one of only three Asians in my whole school. Also, I’m five foot three and the average height is five foot ten – I’m not the norm of German/Dutch ancestry. So, it was hard fitting into what was culturally ideal there, in terms of physical looks. Other times it felt uncomfortable not being surrounded by any people who also look like you.”

Growing up different was sometimes challenging, but he often used direct interactions to try to educate people “on Asian things. For instance, people always assumed I was Chinese.” But he has a wonderfully supportive family to fall back on. “My family is really good with how they treat me,” he says. “They don’t treat me differently because I’m adopted. They’ve provided me with wonderful resources. My dad has three brothers and my mom has a brother and two sisters, so there’s lots of extended family. I never saw any difference in how they treated me versus their own kids.”

You might think that his personal history led directly to social work as a career choice, but that isn’t the case. “I was a biology major at first. I had it planned that I was going to be an optometrist but then I realized how much I didn’t really like science once I started taking it at the college level and I’m not that good at it. I stumbled on social work, learned more and fell in love with it.”

Part of what influenced him was spending two summers as a camp counselor at a camp specifically for children in foster care. “I absolutely loved the time I spend with them,” Seth says with a warm smile. “I found out about the challenges they face. Most of them love camp and being surrounded by other foster kids. A lot of them cried when they were leaving – I don’t know the background that they were going back to, but it was very impactful. It oriented where I want to go with my degree.”

“I heard a TED talk by the dean of theology at APU on foster care and learned that only about 3 percent of children in foster care go to college and graduate with a bachelor’s degree,” he adds. “A lot of jobs today, it seems, require a college degree and if there is a severe struggle for children in foster care to acquire a degree, then they are set up for failure unless they are provided with extra resources.”

International studies have also caught Seth’s eye. “In my sophomore year I spent a month in Uganda serving children in orphanages and training women on micro-financing, and I recently co-led nine other students on a trip to Thailand with a focus on learning and helping current organizations combat against human and sex trafficking.” He is applying to an APU program for students who want to do international service but usually cannot due to barriers such as finances. His ultimate career goal, though, is to get his feet wet in the diverse social work scene in Southern California - “The Department of Children and Family Services would be interesting to go into” – then work for Holt International, the Oregon-based agency that handled his own adoption and, just maybe, locate his birth mother.