Did you know the first adoption law was passed in Massachusetts in 1851? 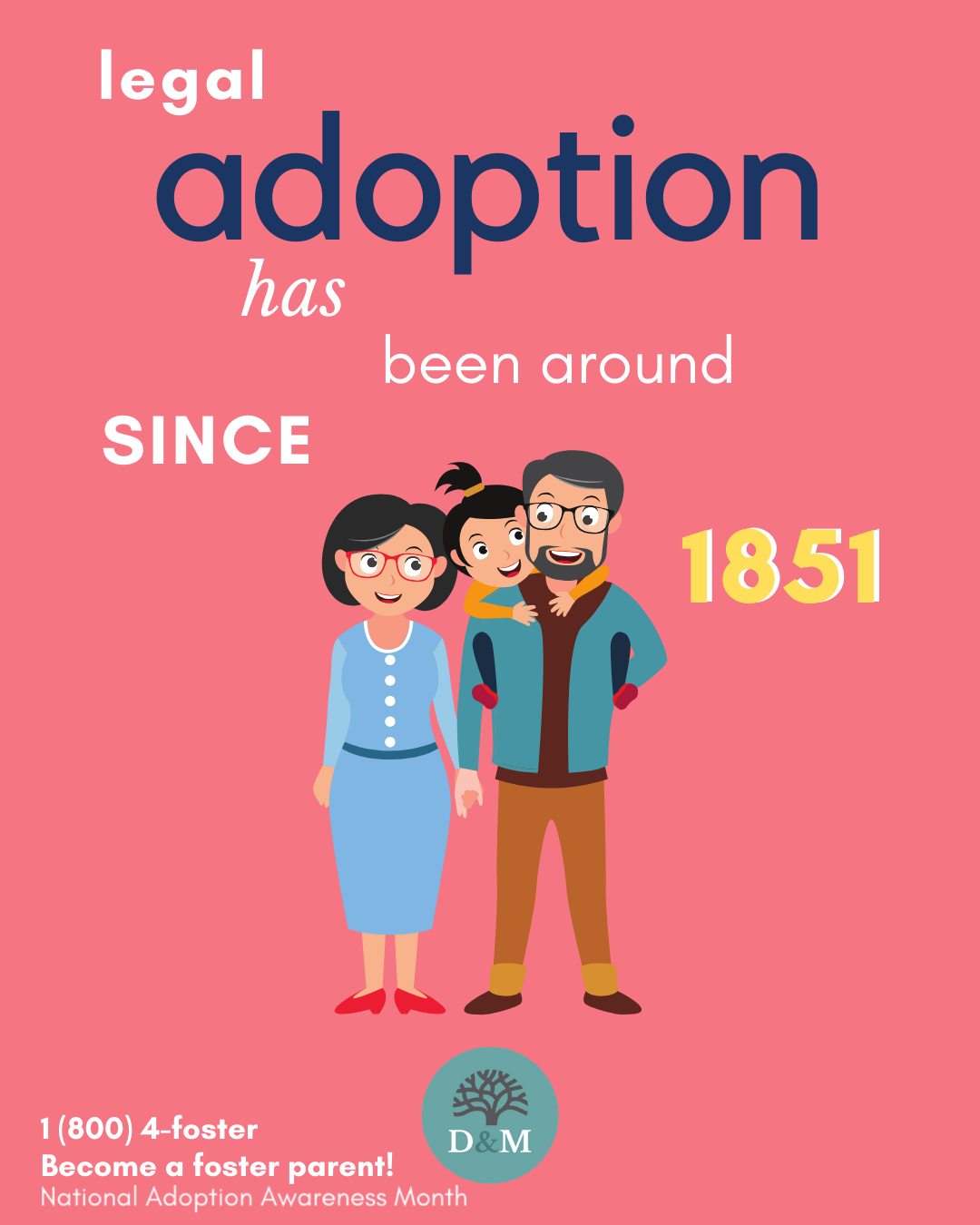 As far back as anyone can remember, there have always been children who were placed into other households when their biological parents could not care for them. But adoption was not regulated like it is these days.

Families would often adopt children to help with home & farm duties or to have an heir to their name. And informal adoptions by relatives and family friends were also very common.

It wasn’t until 1851 when the Massachusetts Adoption of Children Act was passed, the first formal adoption law instated in the United States. This law ensured the safety of the children and took the interest of the birth parents and adoptees into consideration. This was, of course, the first of many laws and practices put in place to better protect & support youth who are eligible for adoption.

But even with government involvement, adoption was still deeply stigmatized and generally kept secret. This was mostly due to society’s harsh opinion on single mothers and a couples’ inability to become pregnant.

"Up to at least the 1970s, adoption was only for babies and only by married couples who could not produce children biologically," explains Gloria Hochman, director of communications at the National Adoption Center. "And people adopted children who looked like them." (Asher Fogle, 2015)

It wasn’t until the late 1900’s when adoptions expanded to include older children, siblings and ethnicities unrelated to the birth parents.

Professionals largely attribute this to the adoption spike after the Korean War and WWII when many American families adopted children and babies who were left “orphaned” or displaced by the battles. Up until this point it was impossible to distinguish “traditional families” from “adoptive families”, but with adoptive families becoming visibly different, the opportunity to discuss adoption openly arose.

Adoption stories were kept secret for such a long time, even with increased popularity, there are still many misconceptions. Adoption is a beautifully complicated aspect of many families, get out there and talk about it!