5 Questions: An Interview with Beverly Kottkamp 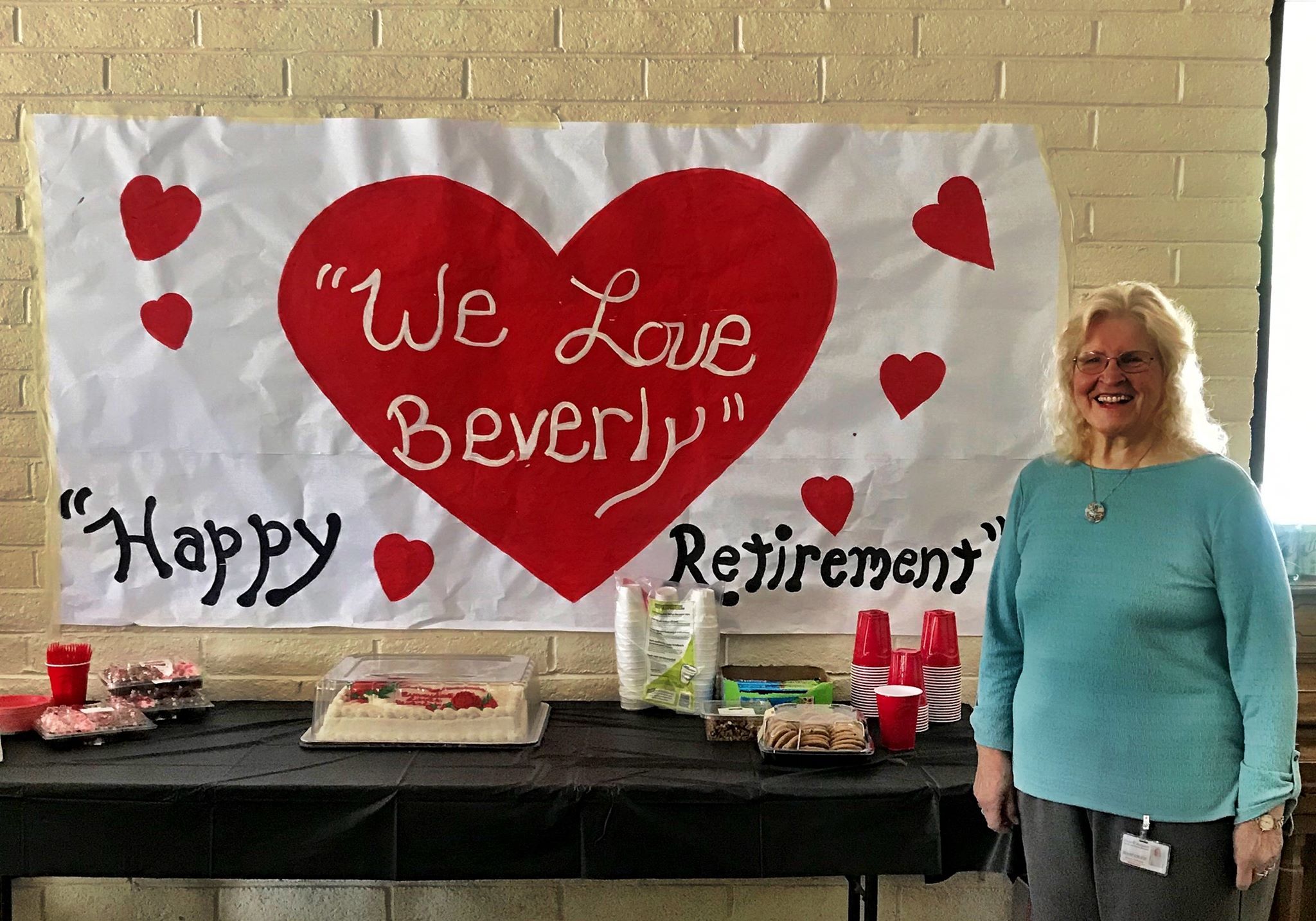 Beverly is preparing to retire this month after 28 years with David & Margaret Youth and Family Services. Since she has been such a big part of what we do, we asked her to be our “5 Questions” interviewee for the month. Enjoy retirement, Bev – you’ve earned it, but we will really miss you!

A little bit about Beverly: “My family moved to Claremont when I was 5 years old. I completed all of my schooling in Claremont and graduated from Claremont High School. I went to Cal Poly Pomona, where I received a Bachelor of Science Degree in Physical Education. I lived in the dorms from the middle of the first year until I graduated, and learned a lot of childcare skills from being a resident advisor and telling college kids what they could and couldn’t do.”

“I discovered that my desire to work as a PE teacher included a relationship factor of coach-to-player, and so I did not go on to teach. I returned to college and completed a bachelor’s degree in Behavioral Science, then to University of La Verne for a master’s degree in Marriage and Family Counseling.  My goal was to do grief counseling for families.”

“I got married during graduate school to my husband, Sean, and we are celebrating our 38th wedding anniversary this year. As a couple, we worked as house parents for a year at the Masonic Home for Children in Covina. When I graduated, I was hired as the director of Children’s Services there and we lived on grounds there for the next six years. We have three children, who are a registered nurse, a computer programmer, and actor. We raised them in Claremont, where we have lived since 1993.”

“While a student at University of La Verne, I had no idea that David & Margaret was here on the same street. When I interviewed, I drove up and down Third Street trying to figure out where it was. I spent a year at Maryvale in Rosemead between the two group homes, and believed most adamantly that any dreams I had as director were in place here at David & Margaret when I came here.”

“I started here at David & Margaret in 1991, and while my job title has changed many times, for the most part, my job has not changed. The original job was one person in the shift office, which grew to three people on a shift. My first boss was Charles Rich, who’s now executive director.”

“I love Fred Astaire – I’m an avid fan and have all of his movies on DVD, plus books and posters. I love most musicals (and drove my staff crazy for years with my music on Pandora). I collect Little Golden Books and have a huge collection of them. I love to do handiwork like cross stitch, needlepoint, and plastic canvas. And I love anything Disney related!”

What do you most enjoy about working here? “The people – I have worked with some amazing staff in every department. There is a bond that comes from this work with our clients. I must add, though, that anyone here whoever worked in the Intervention Office knows that there is bond and support that others can never understand. These people are now all over campus and in different jobs and different departments now, and I will always cherish each and every one, day and night IO.”

If you could learn anything, what would it be and why?  “I like to be capable of doing: ever since high school I envied people who could run fast, and would relieve their stress by just running. I was not that person. I would love to be a runner.”

Who are your role models? “My siblings – two sisters and one brother – all older. I was the baby. Also Charles Rich – I have admired him since I came to work here. I know he cares deeply for our mission, what we do and how we do it – and how we treat each other.”

When you were a kid, what did you want to be when you grew up, and why? “As a kid I wanted to be a nurse like my mother. I saw how she cared about people.”

What saying or motto do you live by? “Life is Fragile, handle it with prayer. That’s one of them!”