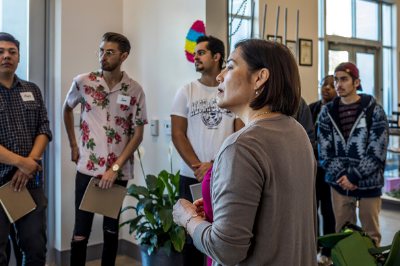 “I wanted to keep my American culture and language alive for my half-German daughter, so I volunteered and became a Girl Scout leader at a nearby Army base. From there, it rolled on to other volunteer positions with various German and American organizations.

“Volunteer service and David & Margaret's mission resonates in my heart, and are the reason I am here. Volunteers and staff come from all walks of life, giving of their precious time and energy to a cause they are passionate about and concerned for the welfare of others, to help make lives better and to matter. I love what I do!”