A Look At Our Shared History

An Interview with Julie Asuncion and Bob Dalton

In this interview, Julie Asuncion, president of the East District United Methodist Women and District Representative to the board of directors for David & Margaret Youth and Family Services interviews Bob Dalton, president of the David & Margaret Youth and Family Services board of directors about the shared values and shared history of the two organizations. 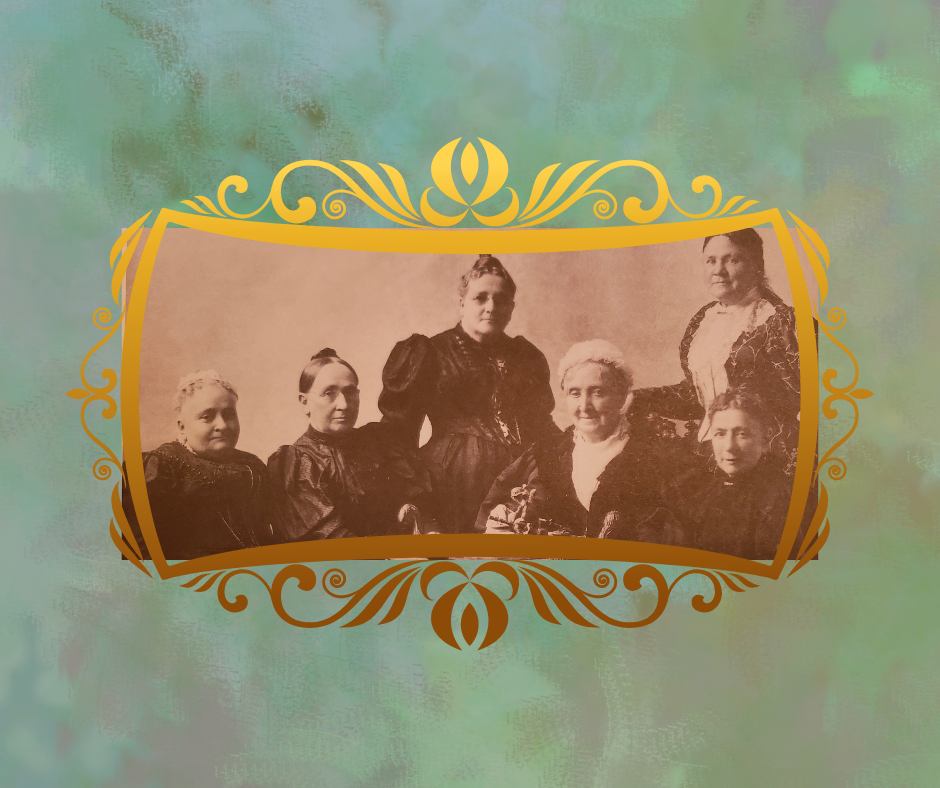 This long-standing partnership has supported thousands of children, youth, and families when they needed the support of their community. D&M and the UMW have been there no matter what is happening in the world. This partnership for the betterment of our community is one we are proud of and are grateful to you, our reader, for taking the time to learn more about it.

The Background and Origin

These eight women founded The Women’s Foreign Missionary Society of the M.E in 1869, after learning of grim conditions affecting women and children in India. These women acted purposefully and quickly implemented a plan of action, allowing education and medical support to reach the country before the end of the year. This success fueled their initiative and they soon expanded their efforts; eventually establishing schools, orphanages, and medical clinics on five continents.

Following their success, American rooted M.E. advocates formed The Woman’s Home Missionary Society in 1880; focusing on the needs of under-served communities in the United States. These home missionary societies addressed issues such as injustices to Native Americans, orphaned children, women immigrants and much more. Their mission to care for the most vulnerable members of society continued to gain momentum, spreading throughout much of the country.

In 1909, nearly 2,500 individuals gathered at the First Church in Los Angeles, California for the Twenty-Eighth Annual Meeting of the Board of Managers of the Woman’s Home Missionary Society. The event lasted 7 days as hundreds of members shared stories of the lives changed by their philanthropic efforts.

Not too far away, in Lordsburg, California (what we now know as La Verne), First National Bank President, Henry Kuns, was looking to repurpose his vacant 90-room hotel and 17.5-acre plot of land. He had bought the property in hopes of building a hotel that would become a popular travel destination but that had not gone as planned and the hotel was never a success.

Mr. Kuns had become increasingly aware of the lack of services for children in the surrounding communities, especially those who had been orphaned or abandoned. Despite all the services the missionaries provided there was still a deep need for support for these children. At the time, there was no safety net or welfare system in place. Many children roamed the streets alone, surviving on the kindness of strangers. Mr. Kuns felt compelled to address this issue.

After careful consideration Kuns gifted the land and hotel to the well-known Women’s Home Missionary Society under two conditions; that the land be used as the areas first orphanage and that it be named after his parents David and Margaret. Thus, the David & Margaret Home was founded on June 28, 1910.

A local Board of Managers was organized and funds were raised to repair and furnish the structure. Within 10 years, the David & Margaret Home had provided asylum for hundreds of children. Here, the children were safe and nurtured. They received schooling and were taught foundational life-skills like sewing, housework, and gardening. The children received above and beyond their basic needs, they even had access to expert medical care. On the days the children didn’t attend the local school, La Verne Heights, they enjoyed frolicking in the gardens and playing with the various farm and domestic animals on the grounds.

After many years of sheltering children and youth, the David and Margaret Home had fallen into disrepair. The Women’s Home Missionary Society secured over $20,000 for improvements and were raising additional funds to construct a new building in hopes to enhance and expand the services. At this time there were thousands of youth in need of a safe home and for every child welcomed, dozens were turned away.

After many years of trying to expand, their prayers were answered. A new building, adequate to the great need of the work, with all the conveniences of modern construction, became a reality. While this new building was being constructed the children who had been living at D&M were graciously welcomed into the homes of local community members until the new building was completed.

Mr. Kuns had once again stepped in, donating funds and additional land, making the move possible. Today this structure is known as The Whitney Building, and functions as an administrative building at David & Margaret- it is the oldest concrete building in the city of La Verne.

The Home operated through the Depression and two world wars, providing a safe haven for displaced families. Throughout that time, the branches of the church had merged together as the Methodist Church and the various woman’s societies joined to form the Woman’s Society of Christian Service. The needs of the youth continued to grow and change and the woman’s society adjusted accordingly.

By 1964, David & Margaret had become a freestanding nonprofit after a ruling from the IRS and they had expanded their services, focusing on the care of adolescent girls in foster care. A generous gift of $430,000 was distributed to David & Margaret, enabling the construction of several cottages on campus to provide more individualized support and to enlarge and strengthen the programs offered.

As the church continued to evolve, many chapters joined together, orchestrating under a new name- The United Methodist Church and in 1972, the women’s organizations merged together under the name United Methodist Women (UMW). Throughout their progression, the Church maintained their social work as an integral part of their ministry, never wavering their support for at-risk communities across the globe.

In 1975, UMW deeded the property to D&M. However, UMW retains a reversionary interest in the property to ensure that it will continue to be used for its intended purpose to serve women, children, and youth in need. Although D&M is not operated by the United Methodist Women, the UMW believe it is in their core values to support children, youth, and families and continue to provide for those served by David & Margaret through grants, fundraisers, local donations, and volunteerism. They also hold three permanent positions on the board of directors ensuring future collaboration between the organizations. Those positions are currently held by Susan Hume, Julie Asuncion, and Liz Martinez who each bring a unique and impressive skill set to the board. The support the UMW provide continues to make meaningful changes to the lives of at-risk youth and families every day at David & Margaret.

With this support  from the UMW, David & Margaret continues to update programs and services based on the needs of the community and currently serves more than 1,100 families annually through a comprehensive range of programs including: