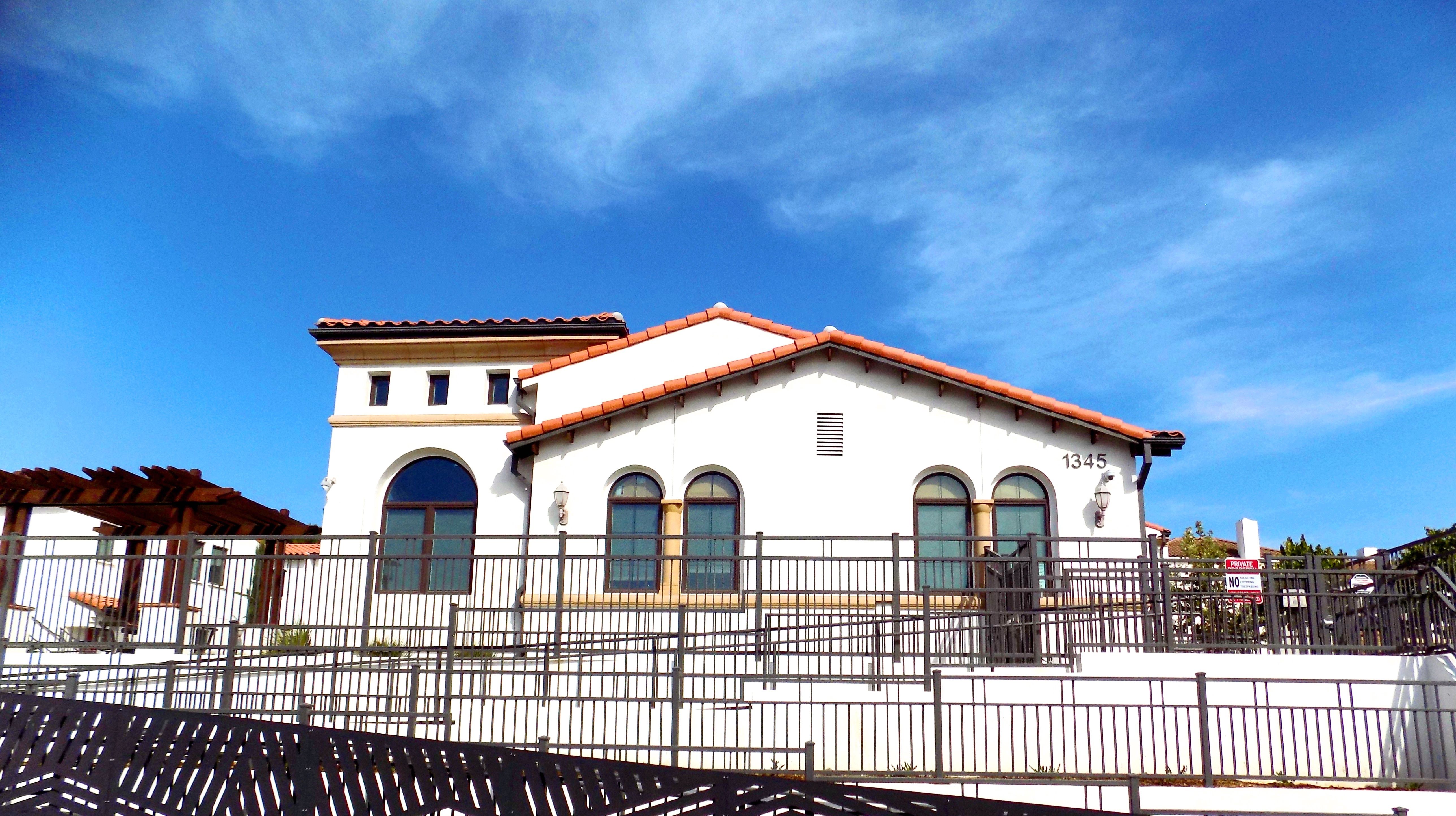 When young adults age out of foster care, they lose all resources and support they had, leaving them to fend for themselves. Many lack the support, skills, and knowledge needed to transition into adulthood safely and successfully. David & Margaret is one of the leading regional providers of services and programs for young adults transitioning out of foster care and into independent living.

50% of youth who age out of foster care either become incarcerated or face immediate homelessness.

The THP fights this statistic by providing these youth with safe apartment housing. Rent and utilities are paid for and basic home furnishing is provided.

These resources ensure these young adults gain the skills, tools, knowledge, and support needed to lead self-sufficient, independent lives after graduation from the program.

Orientation by appointment only.

Talk to your county social worker, or email the COMPASS@davidandmargaret.org for more information on how to apply

For 18-21 year olds with open cases at DCFS (If you are interested and your case is closed, click here for assistance):

For more info about Transitional Living Programs for youth aging out of foster care, please reach out to us at COMPASS@davidandmargaret.org 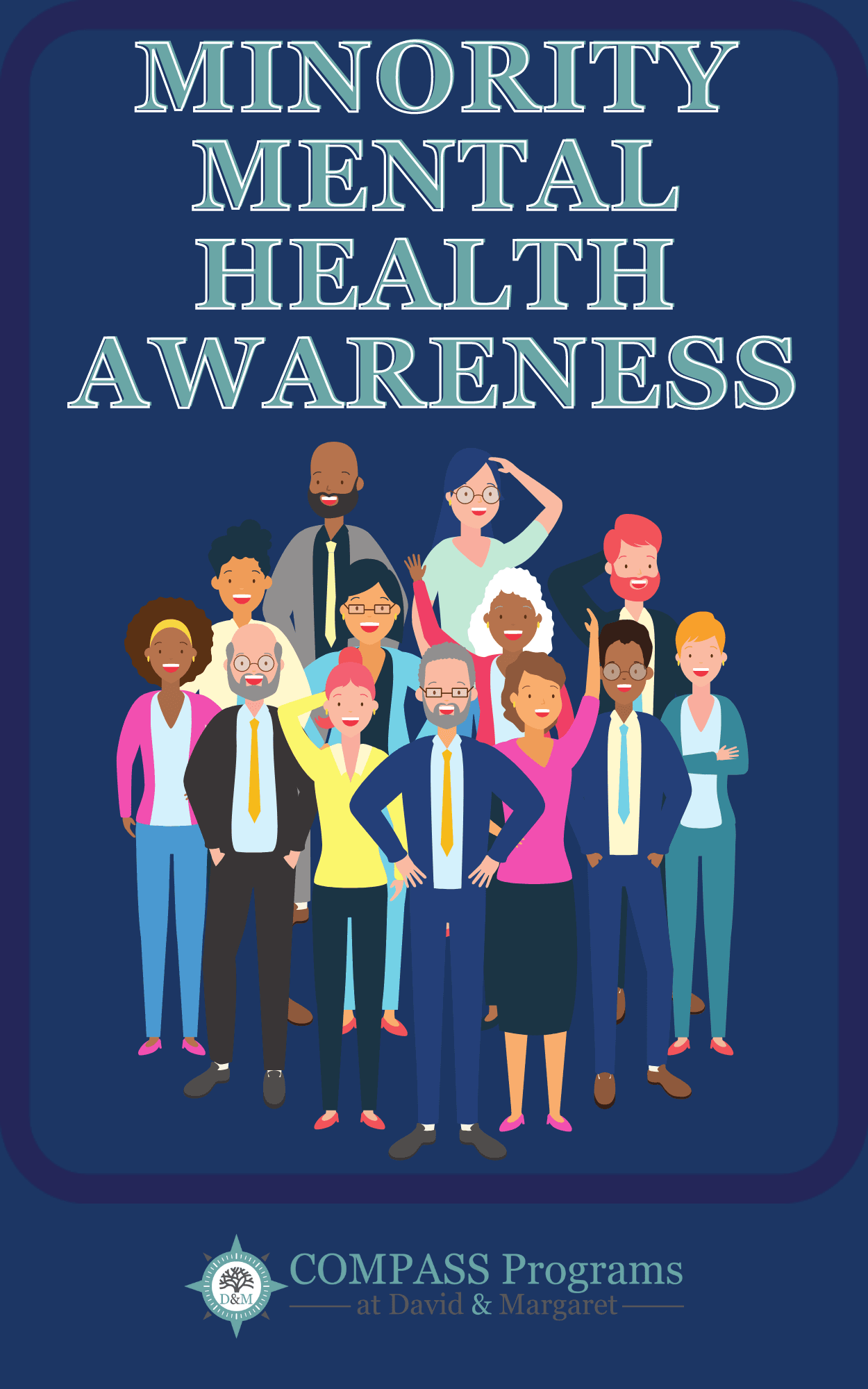 National Minority Mental Health is during the month of July. A minority or a minority group by definition refers to people whose practices, race, religion, ethnicity, or other characteristics are fewer in numbers than those within the main groups of classification. Minorities in the United States tend to be Hispanic/Latino, African American, Asian, Native American, Pacific Islanders, LGBTQ+, and women. Many minorities are prone to differential treatment in the countries and societies that they live in.

Studies show that living as a minority can be difficult. Minorities often face discrimination in everyday social life and activities. Due to race, religion, ethnicity, practices, and gender, they are discriminated against in buying or renting housing, employment, education, and healthcare. Minorities face discrimination throughout their lives by being in minority communities, but also by social disadvantage, racism, bullying, long-term stress, and poor housing due to discrimination.

These are poverty cycles that many minorities find themselves stuck in.

These are so many struggles that many minorities in the United States and the world face. Mental Health has become more well-known and talked about in the media recently. Mental Health encompasses emotional, psychological, and social wellbeing. It can influence cognition, perception, and behavior. Poor housing, bullying, racism, and stress can lead to mental health issues and a need for wellness.

Getting out of the cycle that puts you down and in a difficult mindset can be troublesome. Minorities have some of the lowest receiving rates of mental health care. Among adults with mental health issues, only 31% of Blacks and Hispanics that need assistance will receive it along with only 22% of Asians and 46% of the youth in the LGBTQ+ community. For all minorities, less than 50% of those in need of mental health care were able to get help.

July is a month to observe, learn, and bring awareness to the unique struggles that racial and ethnic minority communities face regarding mental illness. COMPASS Programs offer help through Mental Health resources for young adults. COMPASS Programs is also a community full of individuals and staff who will help support and assist those in need of a helping hand.

In case of an emergencies having to do with mental health, The National Suicide Prevention Lifeline number has been changed to a three digit number, 988. Give them a call and they will hook the caller up to trained counselors who can help them feel less suicidal, depressed and overwhelmed after speaking over the phone. The trained counselor can also send the caller to numerous resource centers.