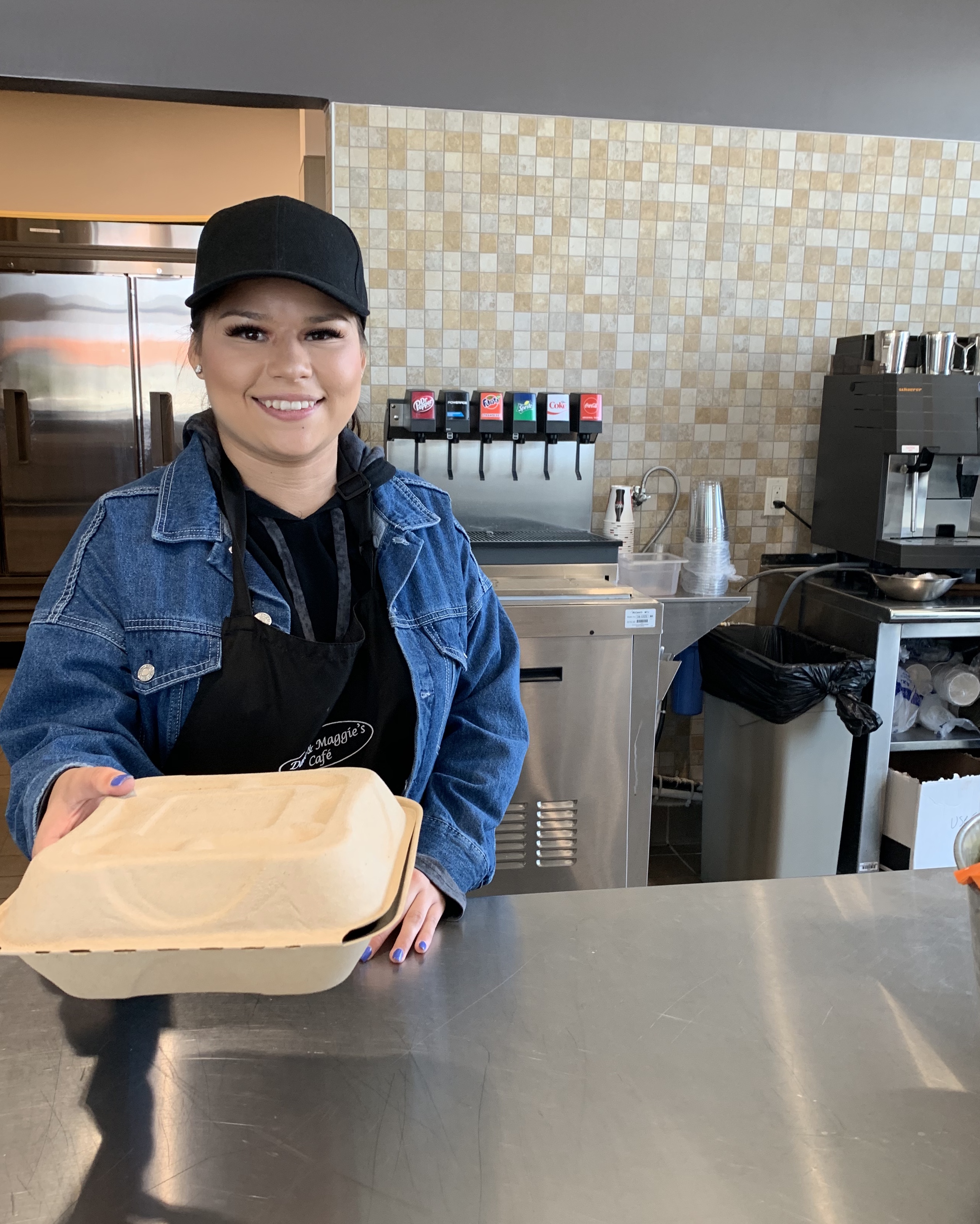 Once she moved into her apartment, she was able to focus on her schooling and graduated a few months later! “I didn’t have to worry about trying to make it through the day,” Jazmin states. “This way I could sit down, focus on what I need to, and not have to worry about anything else.”  Two weeks after graduating, Jazmin had interviewed with Dave and Maggie’s Café and was hired on as an employee. “There are so many things throughout this journey that I never thought I could do, and I’m doing them. And so I think this journey is a blessing.”

Jazmin sees her success as a credit to the woman who helped her get on her feet, who went to court with her, helped her re-open her foster case, and helped her find a home. A caring adult who saw her potential and helped her achieve everything she was capable of. A true testament that one caring adult has the power to transform the life of a child in need.

Jazmin is an absolute delight, we’re thrilled she’s a part of the Dave and Maggie’s team. She’s a great gal, stop by and say hello, we know you’ll love her!

If you’d like to open your heart and help a youth live up to their potential we invite you to attend our Foster Parent Information Session or contact us at 1-800-4-FOSTER or foster@davidandmargaret.org

Do you or your child struggle with reading comprehension, organization, multi-tasking etc.? The Learning Enhancemen… https://t.co/DFm24ejgXw
David & Margaret Youth and Family Services

There is a critical need for blood and donors are needed TODAY. Visit D&M until 6pm tonight to make your contributi… https://t.co/i7oDOFUeqE
David & Margaret Youth and Family Services

RT @PBSKIDS: Emotions can get the best of anyone, especially frustrated toddlers. Here are three things to remember during your little one’…
David & Margaret Youth and Family Services

New supportive services to help youth with a history of foster care as they transition into adulthood #agingout… https://t.co/bNhOdL9jKQ
David & Margaret Youth and Family Services

Your every day purchases have the power to provide youth in foster care with essential support! Shop with Amazon… https://t.co/fEZwy9umPD
David & Margaret Youth and Family Services

This Wednesday join D&M and the American Red Cross in saving lives. 45 minutes of your time has the potential of sa… https://t.co/6HkUpLSrmY
David & Margaret Youth and Family Services