A Positive Adoption Education Conversation With My Daughter's Teacher 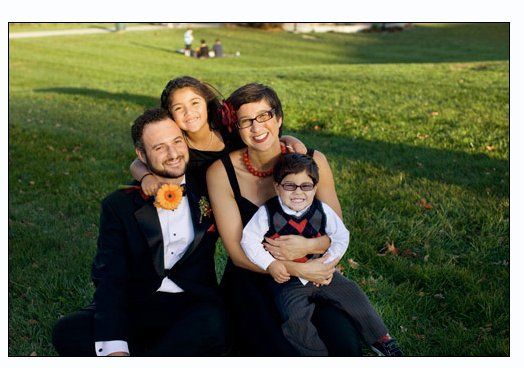 A Positive Adoption Education Conversation with my daughter's teacher

November is National Adoption month. As an adoptive parent, I am frequently called upon to be an adoption educator. I share resources and offer counsel to prospective adoptive families. I’ve organized workshops about adoption and for many years, helped run a playgroup and list serve for adoptive families. I’ll start by saying that I am very grateful for my fellow adoptive parent-friends and our friends and family who are such strong allies on the issue of adoption.

We are very “out” as an adoptive family. I make a point of letting people know that Dahlia and Elijah joined our family through adoption when it feels appropriate (that line shifts as the kids get older and have more of an opinion about sharing their personal stories). Once in a while, I bump up against people in my community who are so ignorant about adoption that they actually offend me--like the woman at a synagogue gathering who told me confidentially how “lucky” we were that Dahlia is healthy since SO many birthmoms are on drugs!

Educating people about adoption is particularly important to me if I know that I plan to develop a deeper, long-term relationship with them. I’m doing my part to normalize the issue and help folks see that we are just like their families—and that we are different in some important ways, as well.

This month, I had an e-mail exchange with a dear friend, Valerie, who was Dahlia’s kindergarten teacher last year. When Valerie was Dahlia’s teacher she was very appreciative of the back-to-school letter I wrote to her about our family’s adoption story. She made a point of modifying classroom activities so they would reflect adoptive families. In short, she is sensitive, open and caring. We recently had an e-mail conversation that unfolded so naturally and had such a positive effect on both of us that I asked her if I could share it in honor of National Adoption Month. She enthusiastically agreed.

In an e-mail exchange, she referenced how cute I must have been when I was pregnant. I reminded her that my kids were adopted.

Valerie wrote: "See how easily I forgot they were adopted? My brain doesn't like to differentiate between adopted and biological. They're your kids. They are so much like you and a part of you that the "how" becomes immaterial.   (Is that a bad thing? Be honest. Do I need to work on that?)"

I wrote: “Yes, they are my kids--so much like me and a part of me, but I share them with their biological mother and that will always be a part of their stories. Not the most important part, perhaps, but not "immaterial" either.

I really appreciate you circling back and checking in with me with your questions. This conversation was sparked because you mentioned how cute I must have been when I was pregnant with my kids. References to pregnancies (that I never had) don't bother me because Hugh and I did not undergo years of infertility treatments and/or suffer miscarriages before deciding to adopt. Since the very beginning of our relationship, we knew adoption would be our path to parenthood. However, many adoptive parents suffered through infertility for years, and in my experience, some of them still carry that wound. A different person might have had a strong emotional reaction to a (mistaken) reference to pregnancy. Me, not so much!

Your brain doesn't like to differentiate between biological and adopted kids. Let me make my case as to why it is okay to acknowledge adoption in order to honor our adopted children's stories. As an adoption advocate/educator/mother, I feel an obligation to mention that my kids were adopted because I'm doing my part to help shift the cultural norms. Families built through adoption = normal. No shame, no drama, no explanations necessary unless we choose to share our stories. It doesn't help our case if we remain hidden/silent/worried we'll make people uncomfortable if we mention it. Frankly, I get a kick out of watching people recalculate and reevaluate my mothering/my relationship to my two amazing, beautiful kids when they learn that Dahlia and Elijah  joined our family through adoption. But, they look just like you! But, she acts just like you! But, they seem so happy and well adjusted! It's almost like I can hear the gears shifting in their minds.

To borrow from the queer rights movement; We're here. We're an adoptive family. Get used to us!”

Want to explore if fostering or adoption is right for you? Learn more about foster parent information sessions, and/or contact our Foster Family Agency at (909) 596-5921, ext. 3189, or Foster@DavidandMargaret.org.